On behalf of the Association of Victims of Private Enforcement Agents and the Judicial System – „Solidarity“, Bulgarian and many other European citizens and companies, we call for help and immediate intervention.

For 12 years, Bulgarian citizens living in Bulgaria or abroad and foreigners with property in Bulgaria have been victims of Private Bailiffs and the Bulgarian justice system. Since the issuance of the Code of Civil Procedure in 2008 over 600,000 Bulgarians in the Sofia District Court alone, and over 2 million people in the country almost all have suffered from vicious injunction proceedings due to illegal actions committed and continued to be carried out by bailiffs in gross violation of EU law.

Under Bulgarian law, the injunctive forced payment procedure is regulated as optional – the creditor is not obliged to take advantage of this opportunity, but may file a lawsuit for the amount or property in a general claim.

According to the Civil Procedure Code, injunction proceedings can be applied only to undisputed receivables – IT IS NOT ALLOWED TO DISPUTE who is the CREDITOR, who is the DEBTOR, what MONEY OBLIGATION is not fulfilled by the debtor (there must be his explicit consent). It is also meant to be considered in a Dispositional Session (open session with the possibility of defense – Article 411, paragraph 2 of the Civil Procedure Code). However, it is inadmissibly used by the court for receivables that are generally disputable, and the court issues an enforcement order, in closed court hearings at that, thus violating Art. 8 – 11 of the Civil Procedure Code, and especially Art. 8 para. 1, which states that each party has the right to be heard by the court before an act that is relevant to its rights and interests is issued.

The approved samples of the issued orders for execution of monetary obligations reveal that they were conducted behind closed doors, and such is the very vicious practice of the District Courts. This is arbitrariness and a crime of the Ministry of Justice, which has led to violation of fundamental rights, that is being conducted in a bylaw – Ordinance №6 on the sample documents under Art. 425 of the Civil Procedure Code. Moreover, the court issues an enforcement order without even actually holding a closed court hearing – there is no record of all cases from the hearings and an order / ruling to respect the application, as well as an acceptance that the claimed receivable is indisputable (that it complies with Regulation 805 / 2004), and an acceptance of the presented evidence as true and well-founded and that the Registrar is ordered to issue an enforcement order. By not issuing an order and its service, the court revokes the right of the alleged debtor to appeal the court order if it finds that the claim is in fact disputable and not indisputable one.

Even with the very samples of the applications, there has been created an opportunity for the applicant to request a writ of execution to be issued to him without the court having previously completed the injunction proceedings with an enforcement order that has entered into force, which refers to Art. 410 and Art. 417 Code of Civil Procedure.

Additional evidence of the violation of the process is the fact that the orders for execution of pecuniary obligations and writs of execution in the Sofia Regional Court are issued without submission numbers and there is no way to prove that they were issued in a valid and a truly committed court hearing.

All issued orders for execution, issued under Art. 417 of the Civil Procedure Code are null and void due to the fact that they were issued without requesting their issuance with the application itself – in the application it is requested to issue an order for immediate execution, which is a term and a pattern that cannot be found anywhere in Bulgarian law, which is evident in the very samples of the application and the issued enforcement orders.

Almost all injunction proceedings in the country since 2008 have taken place contrary to the basic aforementioned principles, mainly due to a complete lack of consent of the alleged debtors.

Thus, any private bailiff who served a summons for voluntary enforcement did not certify the service of the enforcement order itself and the order on the basis of which it was issued, the order allowing the immediate execution of the order, and the order for the issuance of the writ of execution and has committed a crime against the rights of each debtor. Moreover, if the private bailiff has done so without the court having authorized him under Art. 42, para. 2 of the Civil Procedure Code to be the person serving the notices of the court, in the latter case he is self-governing. Although private bailiffs are jurists – they are the last enforcers of the European Union law, they do not apply it and instead directly mock the rights of citizens and companies, which is easy to prove, as every 100th  case from the enforcement cases with them, formed on the basis of an issued enforcement order and a writ of execution can be checked.

Thus, all issued writs of execution appear invalid / null and void due to the fact that they were issued by an invalid court act.

All institutions in the country, including the Ministry of Justice, are aware of the vicious practice of the courts, as evidenced even by the presented opinion, as well as other evidence published, mainly on the website of the Association of Victims of Private Enforcement Agents and the Judicial System – „Solidarity“. Despite all the evidence provided by us, the institutions in Bulgaria are inactive and mislead the citizens and the European institutions.

Our goal is to resolve the cases on the order proceedings and the subsequent enforcement ones, conducted in violation of the law of the European Union, of the basic human rights, guaranteed by the Charter of Fundamental Rights of the EU – art. 47, the Convention for the Protection of Human Rights – Art. 6, 9, 13 and the Constitution of the Republic of Bulgaria. We insist on and seek our rights of compensation for the damage caused to the citizens who have suffered from the vicious practice.

With this appeal we address ALL, because of the urgency of the problem and because of the huge robbery, constant and ongoing frauds and crimes that have led to the destruction of human destinies and threatening future victims, if this vicious practice is not immediately ended. 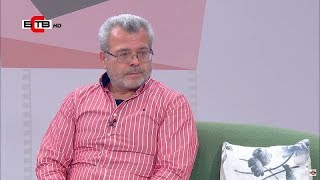